Frankenstein; or, The Modern Prometheus (1818) 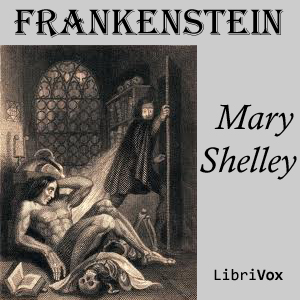 Frankenstein; or, The Modern Prometheus (1818)

LibriVox recording of Frankenstein; or, The Modern Prometheus, by Mary Wollstonecraft Shelley. Read by Cori Samuel.

Frankenstein; or, The Modern Prometheus is a novel written by the British author Mary Shelley. Shelley wrote the novel when she was 18 years old. The first edition was published anonymously in London in 1818, and this audiobook is read from that text. Shelley's name appeared on the revised third edition, published in 1831. The title of the novel refers to the scientist, Victor Frankenstein, who learns how to create life and creates a being in the likeness of man, but larger than average and more powerful. In modern popular culture, people have tended to refer to the Creature as "Frankenstein" (especially in films since 1931), despite this being the name of the scientist, and the creature being unnamed in the book itself. Frankenstein is a novel infused with elements of the Gothic novel and the Romantic movement. It was also a warning against the "over-reaching" of modern man and the Industrial Revolution, alluded to in the novel's subtitle, The Modern Prometheus. The story has had an influence across literature and popular culture and spawned a complete genre of horror stories and films. It is arguably considered the first fully-realised science fiction novel and raises many issues still relevant to today's society. (Summary from wikipedia.org, adapted by Cori Samuel.)

Reviewer: morpheus23 - favoritefavoritefavoritefavorite - September 2, 2016
Subject: Frakenstein
Cori Samuel is a pleasure to listen to, she brought this strange book to life. I disliked Victor Frankenstein intensely. He was a moral coward who let an innocent girl die when he could have saved her. One can only wonder what would have happened if he had not abandoned the creature at its birth. In my opionion, Frankenstein was as responsible for all the murders as the creature.

Reviewer: Alyrian - favoritefavoritefavoritefavoritefavorite - August 21, 2016
Subject: Excellent.
So well read. I could nearly imagine it were Mary Shelley herself reading this aloud. Reading speed was perfect. Bravo!
Reviewer: dahszil - favoritefavoritefavoritefavoritefavorite - July 12, 2014
Subject: Dr. Frankenstein irresponsible, compartmentalizing
How apt is today's irresponsible genetic modification of food, called Franken-food. And the cloning of animals. What will be loosed on the world, not so much in creatures but in disrupting the natural flora. Dr. Frankenstein is flippant and cowardly and he and society feels no sympathy for the "monster" he "built" and brought to a most miserable life. Cori Samuel's shows her versatility in reading a book which one is wrong in presuming that her voice is better suited to children's literature. Cori Samuel has contributed to various genres and one of my favorite readers. Cori Samuel has a voice in the upper octaves but is nuanced, subtle,sympathetic or cheerful consistently using these qualities most exacting but seemingly without effort. And she reads at a pace that is human and skillfully uses silences like a composer uses "rests" in music. Shelly being an 18 year old, its amazing the style, knowledge, and general story telling ability at such a young age. Well perhaps not surprising because her mother,Mary Wollstonecraft, was a monumental writer and early women's, "mentally ill" and common peoples' rights advocate.

Uploaded by librivoxbooks on November 1, 2011